I’m releasing Dragons and Travellers Tales this Thursday, September 15, so I thought I’d explain how one of the core mechanics works and how I came up with it. It’s something unusual and new, so hopefully it’ll be of interest to you, dear reader.

Content Warnings: Mentions of depression, life struggles with being neurodivergent, and suicidal ideation 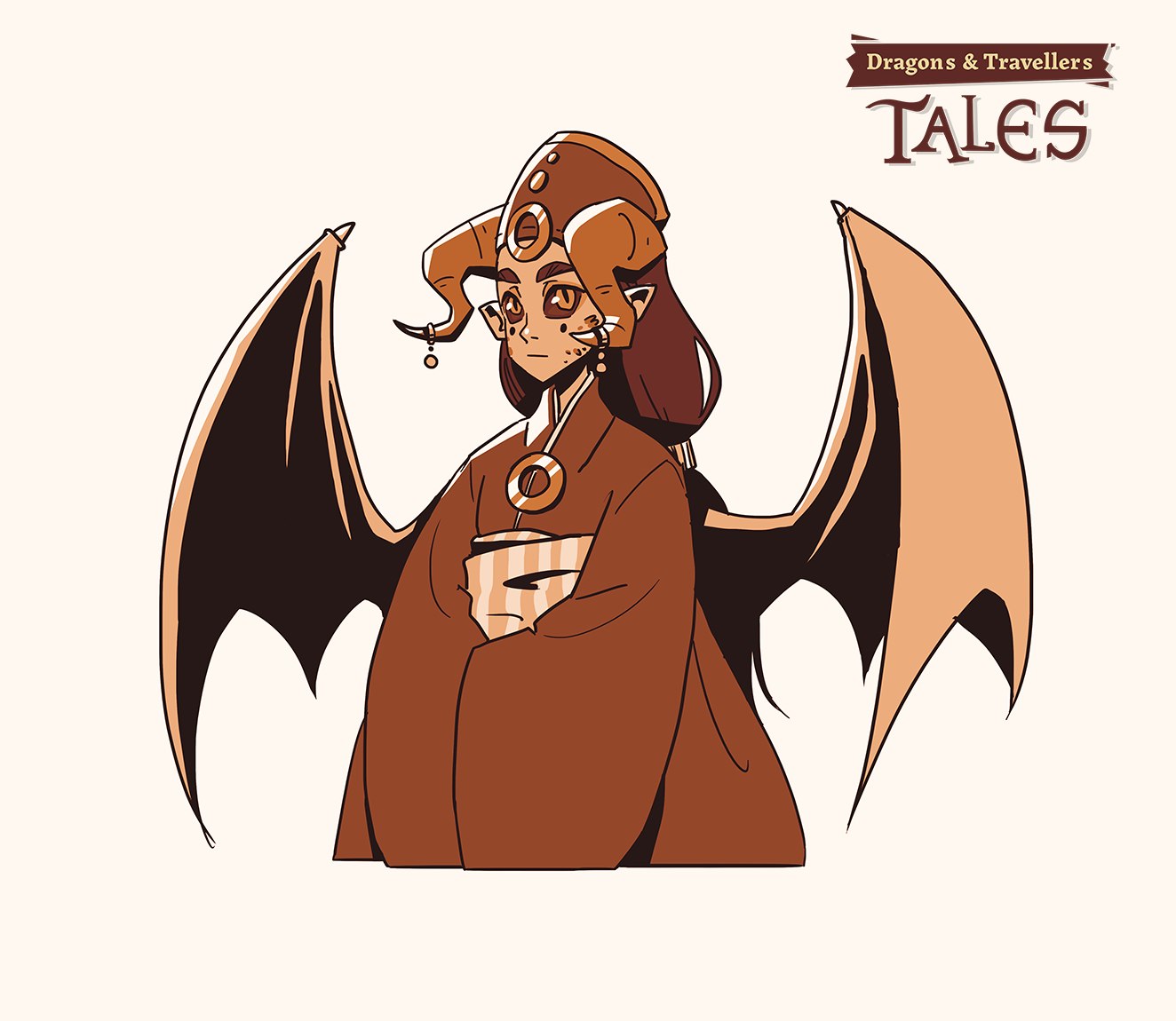 Any of you who have played a Forged in the Dark role-playing game like Blades in the Dark before know that one of the most used mechanics in that game is the Action Roll (If you haven’t heard of it, go check out my video on the subject!). John Harper’s original text explains the Action Roll as follows:

In other words, we use the Action Roll procedure to find out if they succeed or fail in overcoming the challenge, and how they do so. In the framework of games scholar Roger Caillois, it involves a combination of:

The dominant dimension of play here is agon, because when play turns to something that is purely a matter of alea we use the Fortune Roll, and when we are focused on mimicry we are engaged in what Harper calls “Free Play.” Caillois famously claimed that agon is the most sophisticated type of play and that cultures develop more sophisticated types of agon as they advance. This fits into the European worldview of Social Darwinism (social beings develop through struggle), world sporting events like the Olympics, and European storytelling traditions that focus on the importance of conflict as the foundation of narratives. Blades in the Dark is not anywhere near as extreme as Caillois, since it makes plenty of room for other types of play than just agon, but ultimately when:

We play to find out if the fledgling crew can thrive amidst the teeming threats of rival gangs, powerful noble families, vengeful ghosts, the Bluecoats of the City Watch, and the siren song of the scoundrels’ own vices.

We are talking about agon, and this is why we spend so much time with the Action Roll in Forged in the Dark games, and indeed a lot of role-playing games out there, including Dungeons & Dragons. I don’t have anything against this type of play, and it’s what I focused on in my last game The Wind Began to Howl, but when I was first writing Dragons & Travellers Tales my life experiences were pushing me up against the limits of this type of storytelling and what it says about the world.

In 2018 I had failed out of my doctoral program at Kyoto University, partially because of undiagnosed neurodivergences like autism and ADHD I had no idea that I had. My life had fallen apart and I had to leave Kyoto to go work in Himeji, which was a very traumatic experience. In my last years at Kyoto University I was constantly confronted with the classic grad student problem of just not being able to get my act together and write a good dissertation. Whenever I defended my work to my committee in preliminary defenses, it was torn apart mercilessly in multi-hour sessions of attacks from my committee members with no one there to help me or to speak on my behalf. In the terms of Blades in the Dark it was definitely a “challenge” and a “desperate limited” situation for good measure! The whole system of “defense” was set up in terms of agon, on the premise that better knowledge emerges out of conflict and struggle, and that a young scholar should be capable of defending themselves against attacks on the perpetually raging academic battlefield before they’re sent out to fight. I tried to picture myself in this story about challenge, success, and failure, and the results were pretty bleak. Sure, I had resources (a scholarship, a top rate library, an advisor, a desk to work at) and the time to do the work, but I wasn’t succeeding at all. In a world of struggle, I had to struggle harder, or struggle smarter, and nothing I tried in either regard seemed to work. Odysseus I was not! For years I kept at it, but I became increasingly depressed and struggled constantly with suicidal ideation. Once I ran out of funding, I had reached the end of my rope and I had to leave my grad school life in shame, trying to piece together a living from part-time jobs around town until I could find something long term. Looking back, I know now that this is the all-too-common life story for “high functioning” neurodivergents like myself. Rise to a certain level of accomplishment, and then once your coping mechanisms stop working rapidly lose everything.

But what if life wasn’t all about agon? What if it wasn’t about anything Caillois had in his tidy framework? In my time at Kyoto University and afterwards I received thoughtful care from everyone and everything thanked in the acknowledgments you’ll find in Dragons & Travellers Tales, even though I hadn’t earned it by fighting through challenges or won it through the windfall rewards of chance. To be sure, it was a challenge for me to escape from the dreary little bubble I was living in and discover something else, and I was lucky for all the positive encounters I had, but the substance of those encounters was something different altogether. I still don’t really know what the right word for it is. Care is a reasonable approximation, but to my mind it is missing something of the skill, the nuance, the texture, of when the world comes together in just the right way to change you in a way that feels new, promising, and profound. Grace is another word we use to describe it, but that to me misplaces it in something otherworldly and fortunate, instead of in the people, things, and places that are right here doing the work. Whatever “it” is, that’s what has saved my life thus far, and what I wanted to make the subject matter of Dragons & Travellers Tales. I set out to make a game that would use the sophisticated mechanics I had learned about in years of hyperfocusing on tabletop role-playing games, but would turn the fundamental design of games like The Burning Wheel and Blades in the Dark on their heads to tell different stories. Among other things, this lead me to create the Scene Roll.

The basic structure of the scene roll is similar to the Action Roll in Blades in the Dark, and has the following structure:

The essential thing here is that the roll comes before the scene and tells us how it will turn out. Unlike the Engagement Roll in Blades in the Dark, the Scene Roll doesn’t just set up the action, it also tells us how it will play out. Even though there are challenges in these scenes, this is not a game about agon, so in playtesting I found that using beat by beat Action Rolls was actually distracting from the heart of the gameplay. Compared to Blades in the Dark, the odds are weighted towards player success using the features of the world, friends, and possessions their sojourners (the name for player characters in this game) have. It’s possible that a sojourner will fail at what they’re trying to do in the scene, but the emphasis is on how they adapt to that difficulty and not on the consequences of failure. What we want to see in scenes is the interaction between the sojourner and the world, and how it helps them grow.

The Wises (things the sojourner knows about the world), Circles (people they know), and Possessions (items and attributes the sojourner has) help to prime the imagination of the players so that they can play out a whole scene without focusing on agonistic success and failure. If it’s necessary, the players can turn to the simplified Action Roll I’ve written for the game, the Circles Roll, or the Fortune Roll, in the middle of a scene to add some impetus, context, or chance to the narrative, but I’ve found in playtesting that it’s not required very often. The Guide (similar to a “Game Master” role in most tabletop RPGs) and the Pupil (similar to a “Player” role) are here to help these characters and this world grow, and when the agon and alea are moved to the background this kind of play can flourish.

I hope you enjoy the game, and please share your stories with me!